I was officially installed as President of Nichols College on Friday, October 21st, and it was a gorgeous fall day.  A magical day for me, but more importantly, an opportunity for folks to see (or be reminded of) what a wonderful College and campus community we have at Nichols.  In the picture below, Associate Dean for Business Libba Moore (Grand Marshal) leads members of the Executive Advisory Board (officers of their respective classes) in the Procession to the auditorium. 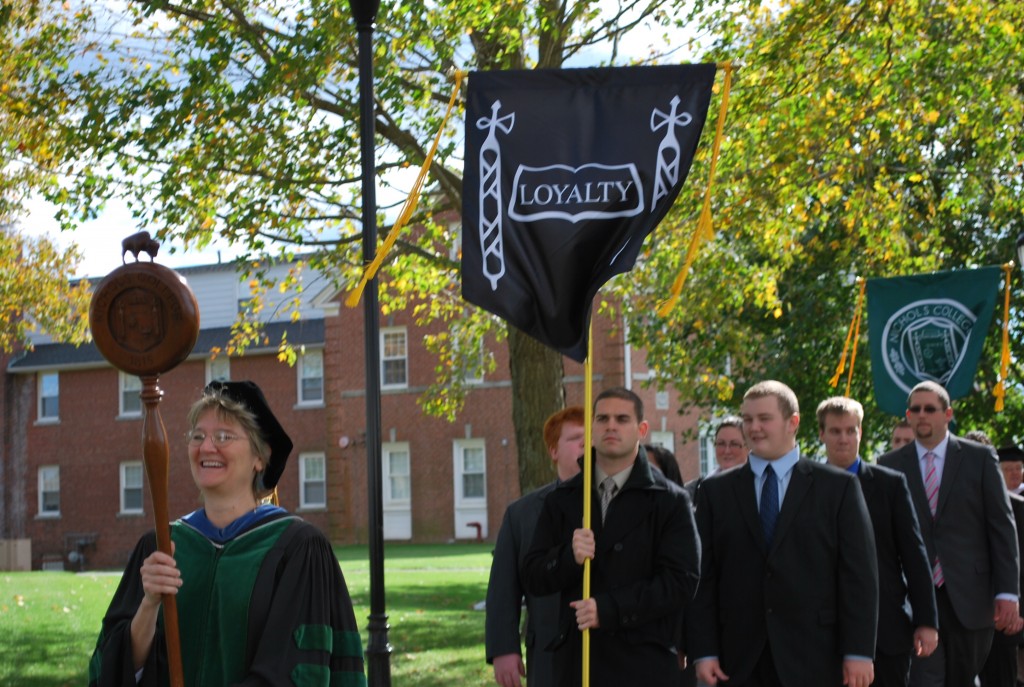 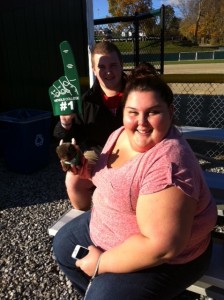 Thunder attended women’s soccer on Tuesday and was pleased to see the Bison win 2-0 over Albertus Magnus.  He was happy to chat with two leaders from the sophomore class – Bri Rice, a Psychology major and class treasurer, and James Devine, Business Communications major and class president.  Thunder gives his apologies to James for being in the shadow, he says he tried to coach the president on how to take a better picture on her iPhone.  Soccer conference tournament play begins Saturday afternoon.  Go Bison! 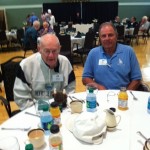 Thunder had a busy weekend, which began with a reception for “Golden Bison” – those whose time on the hill ended 50 years ago.  At Saturday’s breakfast reception was David Graham ’50 and Tom Keith ’56.  David is a collector of all things Bison, including stamps, bison nickels, and paperweights.  He gave me a beautiful bison nickel painted necklace. 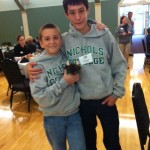 We also had prospective future alumni, including family members who attended “Pancakes with the President” with Christin Evangelista-Adams ’07.  Thunder was glad to know that I was only serving the pancakes and not making them.

Thunder was flattered to be surrounded by members of the class of 1986, who despite the rain, had a fun time tailgating in Lot M before the football game. 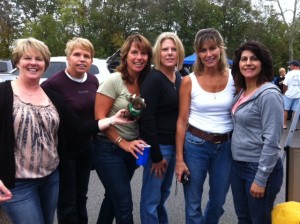