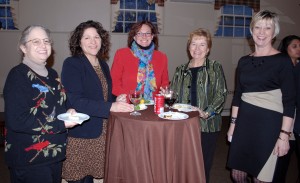 During this past month, Nichols Institute for Women’s Leadership has sponsored a number of events for our female students, including a reception and trip to hear Dee Dee Myers at the Hanover Theatre. A former White House press secretary, Myers is the author of the recently published book, Why Women Should Rule the World.

During the talk, she highlighted some of the research she conducted for her book. Referring to the “glass ceiling” that women often face when trying to advance in their careers, she encouraged the audience of primarily women to, “Bash your head against the class ceiling until you crack it and break it.”

From a business perspective, I found her take on the economic crisis of 2008 interesting to say the least. She offered the opinion that perhaps the economic meltdown would not have occurred if “Lehman Brothers had been Lehman Sisters.” This was stated during her discussion about how differently men and women lead. She also said “Women don’t take credit.”

As is often the case, she noted that women are more frequently judged by their appearance than their male counterparts. That comment came during her reference to Hillary Clinton and how the press is always eager to talk about her hair, her pantsuits, etc. She also said, “A bad hair day is a virtual mute button for women.” 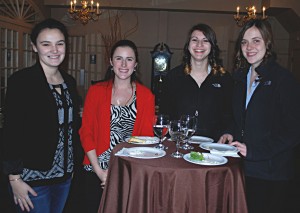 In conclusion, she offered advice that is relevant to all women as they strive to develop confidence in themselves, no matter what their role is. “Identify yourself before you let others identify you.”